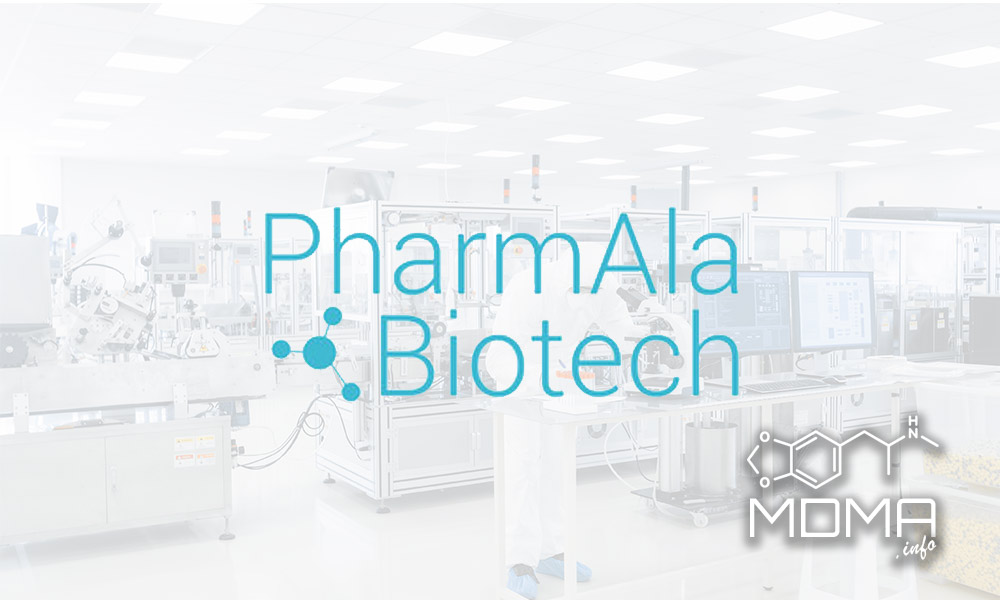 PharmAla Biotech, based in Toronto, Canada is a biotechnology company researching, developing, and manufacturing MDMA and novel MDXX compounds for the scientific research community.

PharmAla Biotech was founded in December 2020 and is the only complete MDMA value chain operating in North America, and Canada’s only legal manufacturer of MDMA for human use.

As well as supplying researchers with a continual supply of MDMA, PharmAla Biotech develops and researches Novel Chemical Entities (NCEs), with a view to improve the molecules’ safety properties. By doing so, it becomes possible to treat a range of disorders more safely and expand the range of treatments deriving from MDMA.

The company’s creation was in response to the global demand, and lack of supply, of safe MDMA.

As a controlled substance, it is a highly regulated market, where working with, and gaining trust from regulators is essential. Initially used as a psychotherapeutic drug in the 1970s, by the 1980s it was being used recreationally, and in 1985 was made illegal in the US, Canada, and UK.

After the FDA banned MDMA in 1986, MAPS was founded to advocate for, and provide funding to, scientists researching the clinical benefits of MDMA, cannabis, and other psychedelics. Torchbearers like MAPS have blazed the trail for companies like PharmAla Biotech to exist today.

As well as PTSD, MDMA is also being evaluated as a possible treatment for alcohol addiction, eating disorders, anxiety, and even couples’ therapy.

Mental health is increasingly being recognized as an issue affecting large numbers of people, therefore the growth in psychiatric treatments is likely to be substantial. The annual growth rate in the psychedelics market is forecast to be 16.3% between 2020 and 2027, making it one of the fastest-growing industries.

As early entrants into the market, PharmAla Biotech will have a huge advantage over their competitors, and already have 3 pending patents.

Clinical trials are taking place in the US, Canada, and Israel at the phase 3 stage for MDMA-assisted PTSD treatment. Due for completion in 2022, it is the last step before requesting authorization in the US for MDMA-assisted psychotherapy.

With 7-8% of people suffering from PTSD at some point in their lives, in the US alone this equates to 8 million adults suffering from the condition. If regulators around the world accept that MDMA offers significant benefits for those living with psychiatric conditions, then they could find themselves at the forefront of a vastly expanding market. The potential is enormous; however, it is not just scientific efficacy that will inform the debate surrounding drugs such as MDMA.

A significant proportion of Western societies – and their lawmakers – are opposed to the use of psychedelic drugs, regardless of their application.

Companies such as PharmAla Biotech are quite rightly focusing on the safety of the products they produce. In order to realize their full potential, it is likely that both a scientific and political case will need to be made.