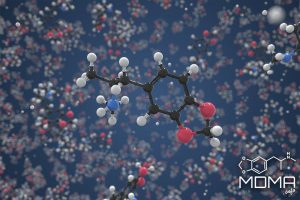 MDMA is an acronym for the chemical compound 3,4-Methyl​enedioxy​methamphetamine. This synthetic drug was first developed in 1912 and is a psychoactive compound that produces an effect of altered sensations, an increase in energy, increased empathy and a feeling of wellbeing.

Effects of MDMA on Users

The effects of MDMA on a user typically occur within 30 to 60 minutes of oral ingestion and peak within 75 to 120 minutes, plateauing for approximately 3.5 hours. These numbers are approximate and dependent on various factors such as weight, gender, age, etc.

Some common effects felt by users of MDMA include but are not limited to:

The use of MDMA in psychiatric treatments is being extensively studied and has shown incredible promise. While studies into MDMA use have historically been difficult to facilitate, they’ve shown promise in a variety of different use cases such as:

Use as a Street Drug

MDMA is probably best known as a popular street drug called Ecstasy or Molly. It should be noted however that while MDMA is advertised as the main component of Ecstasy, tests of these street drugs often contain far more than MDMA. The lack of transparency and quality control in these street drugs makes them potentially incredibly dangerous.