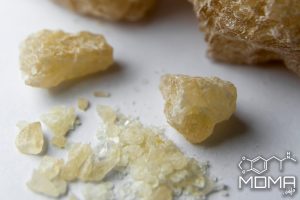 Molly is a slang term of a street drug containing MDMA. It’s generally marketed as being a pure crystalline version of MDMA in capsules. This is slightly different from the street drug referred to as Ecstasy, which generally comes in pill form. The truth, however, is that just like Ecstasy and any other street drug, Molly is unregulated and typically contains far more than just MDMA.

To make more money for the distributors, contents are often cut with other drugs materials such as: