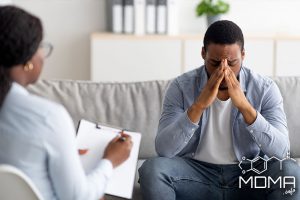 MDMA for therapy has shown incredible promise when treating a variety of concerns.

The use of MDMA is not legal in many jurisdictions so be sure to check the laws specific to your situation. However, MDMA’s use in therapy has continued to grow and promise has been shown both scientifically in studies and anecdotally from self-administered accounts. There are reasons to believe it may be effective in therapy that treats:

The legality of MDMA’s use in therapies varies from one jurisdiction to the next and it’s still considered a schedule 1 narcotic with in the US. Phase 3 trials from the likes of MAPS are underway and presumably, that will bring about FDA approval for MDMA’s use in the clinical treatment of PTSD.

Therapy involving MDMA has been approved by Health Canada in specific instances thanks to their Special Access Program (SAP).